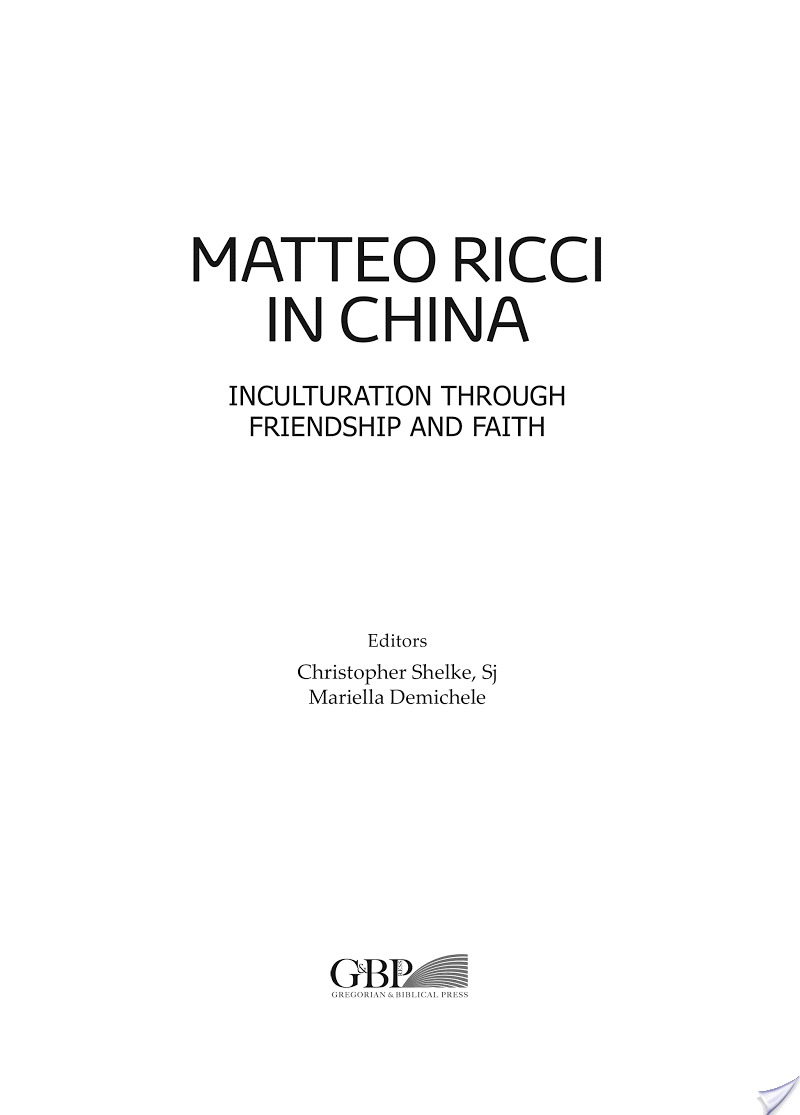 Presented by the Faculty of Missiology of the Pontifical Gregorian University in collaboration with professors from other departments and also colleagues at the Fu Jen Catholic University, this volume gives a completely new portray of Matteo Ricci who has been through his creative fidelity a great son of St. Ignatius of Loyola and was shaped and formed through the Spiritual Exercises. It would certainly build bridges between the East and the West, between Chinese Nations and the Western countries, between the cultures and religions of the world.

During this 400th anniversary of the death of Matteo Ricci, many exhibitions, seminars and conferences have taken place in Macerata, Shanghai, Taipei, Rome and other places to honour the great scholar and Jesuit missionary. Likewise several books have been published to remember the scholarly achievements of this Italian mathematician, geographer, theologian, and linguist, including a small book entitled ‘Amicizia’. This was Ricci’s first piece of writing in Chinese; later on, he translated it into Italian. Different versions of this booklet are preserved in European and Chinese archives. This Tract contains quotes from Western philosophers on the topic of Friendship – a topic dear to Chinese scholars. Here, in this volume, is an English translation of the version conserved in the Archives of Pontifical Gregorian University. In addition, three letters of Matteo Ricci had written just before his death on May 11th 1610 have been translated from the original Italian.