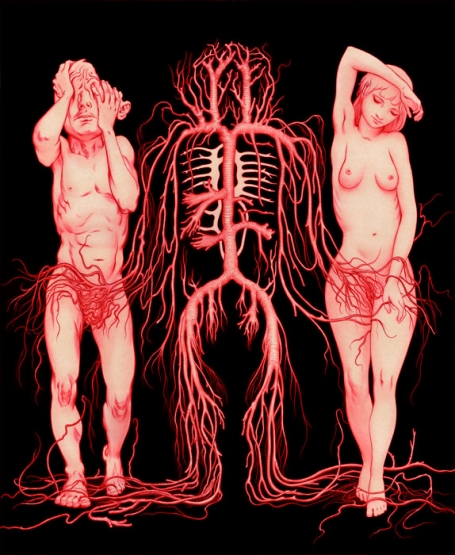 James Jean is a Taiwanese-American award winning artist and illustrator living in Los Angeles. He was born in Taiwan in 1979 but was raised in New Jersey.

He has also contributed to many national and international publications. His clients include Time Magazine, The New York Times, Rolling Stone, Spin, ESPN, Atlantic Records, Target, Playboy, Knopf, Prada among others.

He has also illustrated covers for the comic book series Fables and The Umbrella Academy, for which he has won six Eisner Awards for “Best Cover Artist” (From Wikipedia)

Ciao! My name is Dominique. I’m Italian and I’m proud to be a mix. My father was an Italian chemical engineer and high school teacher, with Greek and Polish heritage. My mother is Haitian, she was high school language teacher, with Dominican, Spanish, French, Portuguese, African and Native American heritage. Being a mix makes me appreciate to want to understand different cultures and lifestyles. I grew up in Italy, lived few years in Haiti, travel around main European capitals, lived seven years in China, six in Spain and UK. Traveling makes me feel that we can learn something from every situation in every part of the world.