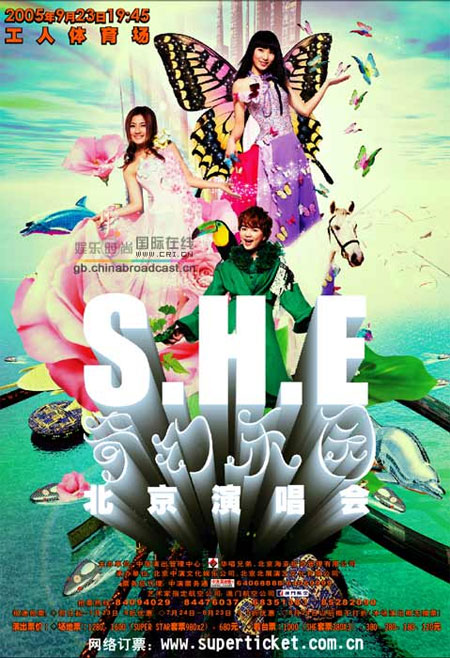 S.H.E is a Taiwanese girl group whose members are Selina Ren, Hebe Tian, and Ella Chen. The group’s name is an alphabetism derived from the first letter of each member’s name. S.H.E is managed by HIM International and records albums with Avex Asia, a regional branch of Avex Trax. WOW Music manages the trio in Hong Kong, while EMI Music China distributes their music in the People’s Republic of China.

Since the beginning of their career in 2001, S.H.E has recorded nine albums, totalling over 4,500,000 sales. In 2003, “Super Star,” one of the group’s more notable songs, charted for at least three weeks on five different charts, and reached #1 on three of those charts. Four of the trio’s songs have gone on to win Song of the Year awards. However, S.H.E has received their fair share of criticism for covering songs of numerous artists. The group has not only acted in seven drama series, but also hosted two television shows and contributed ten songs to six drama soundtracks.

S.H.E has endorsed over 30 companies and products, including Coca-Cola and World of Warcraft. In addition to their album sales and endorsement revenue, the trio managed to set a new ticketing record in 2004 during their Fantasy Land Tour. In 2006, during their Perfect 3 Tour, S.H.E set a new attendance record at the Shanghai Stadium by selling approximately 50,000 tickets. (Wikipedia.org) 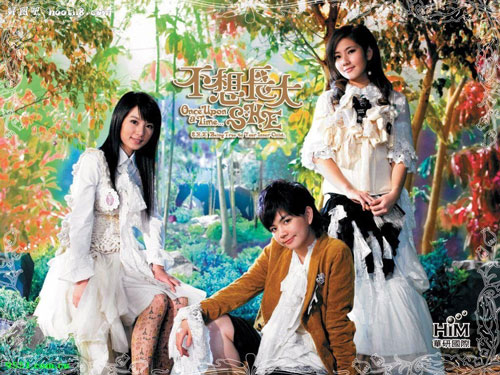 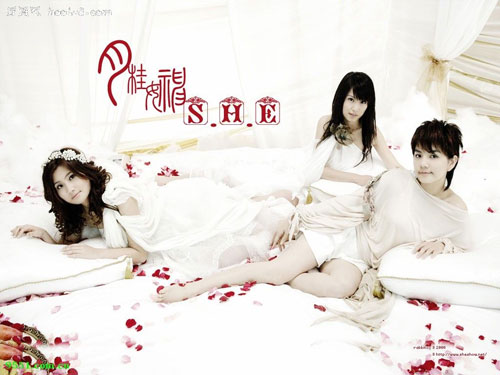