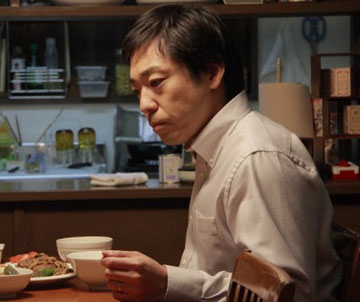 “Tokyo Sonata” is a portrait of a seemingly ordinary Japanese family.

The father who abruptly loses his job conceals the truth from his family; the eldest son in college hardly returns home; the youngest son furtively takes piano lessons without telling his parents; and the mother, who knows deep down that her role is to keep the family together, cannot find the will to do so. From the exterior, all is normal and the same. But somehow, a single, unforeseeable chasm has appeared within the family, only to spread ever so quietly and quickly to disintegrate them.