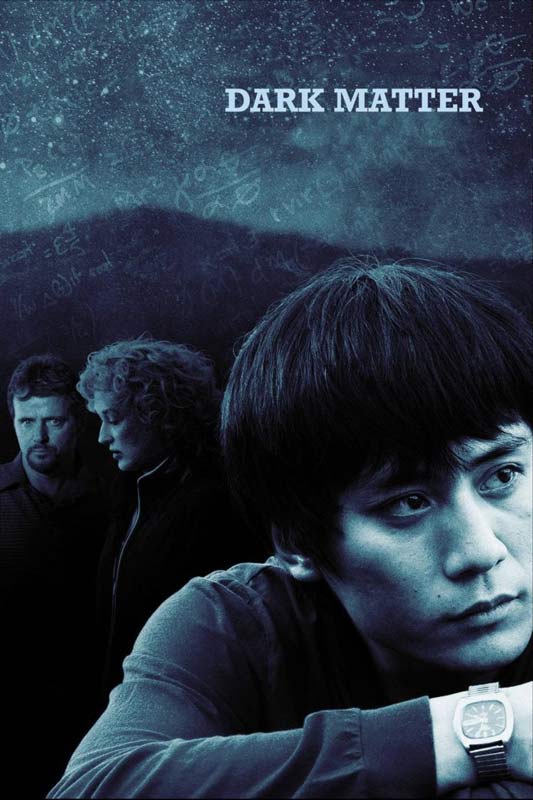 Inspired by a real event, DARK MATTER delves into the world of Liu Xing (Chinese for “Shooting Star”), a Chinese science student pursuing a Ph.D. in the U.S. in the early 1990’s. Driven by ambition, yet unable to navigate academic politics, Liu Xing is inexorably pushed to themargins of American life, until he loses his way.

Liu Xing (Liu Ye) arrives at a big Western university with plans to study the origins of the universe. In the beginning, everything is looking up. He finds other Chinese students to share a cheap apartment with him, and flirts with an attractive American girl who works in a local tea shop. When the head of the department, Jacob Reiser (Aidan Quinn), welcomes Liu Xing into his select cosmology group, it seems that only hard work stands between him and a bright future in American science. At an orientation for foreigners sponsored by a local church, Joanna Silver (Meryl Streep), a wealthy patron of the university, notices the earnest student, and an unspoken bond forms between them.

Liu Xing becomes Reiser’s protégé, accompanying him to a prestigious conference where he makes an impressive debut. Liu Xing is drawn to the study of dark matter, an unseen substance that shapes the universe, but it soon becomes clear that his developing theories threaten the Reiser Model. Excited by the possibility of a breakthrough, Liu Xing is deaf to warnings that he must first pay his dues. Soon he is eclipsed within the department by Laurence, a more dutiful Chinese student, and is forced to go behind Reiser’s back to publish his discoveries. When the article draws ire instead of accolades, Liu Xing turns to Joanna, who naively encourages him on his collision course.

Liu Xing clings to the idea of American science as a free market of ideas, and American society as wide open to immigrants . But in the end, his dissertation is rejected, and the girl in the tea shop brushes him off. His roommates find jobs, leaving him alone in the apartment. Too proud to accept help from Joanna, and unwilling to return to China, Liu Xing becomes a ghost-like presence at the university. Left alone with his shattered dreams, he explodes in a final act of violence.

Chen Shi-Zheng is a director, choreographer, singer, and actor. He was born in Changsha, Hunan, China in 1963. As a teenager, he studied with some of the great masters of Chinese opera and became a leading traditional opera actor, performing in many productions throughout China. Mr. Chen immigrated to the United States in 1987 and has worked to create a new expression that crosses the boundaries between music, opera, theatre, and dance, and between different cultures.

In Spring 2006, he directed the premiere of the contemporary opera Mercury Light World by Chinese composer Cong Su for the Berlin Festival, and just a month later, Orfeo by Monteverdi was successfully premiered to great critical acclaim at English National Opera as part of a complete Monteverdi cycle he has envisioned. Future projects include Monkey – Journey to the West – a circus spectacle based on a Chinese classic with music by Gorillaz – for the Manchester International Festival, the Theatre du Chatelet in Paris and the Berlin Staatsoper, and Bonesetter’s Daughter, a new opera by American composer Stewart Wallace based on a novel by Amy Tan for the San Francisco Opera. Chen Shi-Zheng will be making his feature film directorial debut with Dark Matter, starring Meryl Streep, Aidan Quinn and Liu Ye. The film is scheduled for release in early 2007.

Mr. Chen conceived and directed a trilogy of revolutionary contemporary theater works based on Chinese classics, culminating with Peach Blossom Fan for the Center for New Theatre at the California Institute of the Arts, at REDCAT as an opening event for Disney new concert hall designed by Frank Gehry in Los Angeles, Orphan of Zhao (Lincoln Center Theater & Lincoln Center Festival,) and Snow in June (American Repertory Theatre,). Among Mr. Chen’s other recent directing projects were a new theater work for Denmark’s Hans Christian Andersen bicentennial celebrations in 2005, My life as a fairy tale, which premiered at the Lincoln Center Festival in New York and at the Aarhus Festival in Denmark. Purcell’s Dido and Aeneas and Monteverdi’s Vespers of 1610 with Handel & Haydn Society in Boston; Wagner’s The Flying Dutchman for the Spoleto Festival USA; Night Banquet, a chamber opera by Guo Wenjing co-commissioned by the Festival d’Automne à Paris, Kunstenfestival des Arts in Brussels, Hebbel-Theater in Berlin, and the Ensemble Modern in Frankfurt, at the Lincoln Center Festival in summer 2003; and the documentary film Cultural Warriors of The Revolution for TV France 3. Mozart’s Cosi fan tutte at Aix-en Provence Festival and Théâtre des Champs Elysées in Paris; Euripides’ tragedy The Bacchae, performed by China National Beijing Opera Company, at Hong Kong Arts Festival and to Athens Festival 1998. That same year, he directed Alley, a new opera by Jack Body for New Zealand International Festival for the Arts.

The year 1999 marked the premiere of his 19 hour staging of Tang Xianzu’s complete Peony Pavilion as the centerpiece of the Lincoln Center Festival. This production has subsequently been presented at Festival d’Automne in Paris, Piccolo Teatro in Milan, Perth International Arts Festival, Aarhus Festival in Denmark, Berlin Festival, Vienna Festival and at the Esplanade Centre in Singapore. It has been filmed for home video distribution by RM Associates.

Mr. Chen received the title of Chevalier in the Order of Arts and Letters from the French Government in 2000 and he resides in New York City.

I grew up during the Cultural Revolution in Hunan, China, at a time when the performing arts were strictly for propaganda, much of it anti-American. When the political climate shifted, I was able to support myself singing Elvis Presley songs in Mandarin. I longed to come to America, and finally had the opportunity in 1987. When I arrived here, I experienced the sense of dislocation and culture clash—sometimes humorous, sometimes heartbreaking—felt by many young Chinese who come to this country, and by this film’s protagonist, Liu Xing. I see DARK MATTER as an opportunity to explore the mysterious and powerful forces unleashed when a young Chinese immigrant strives to make his mark in a culture that is at once seductive and impenetrable.

The Chinese students who came to America in the 1980s and early 1990s were the cream of the crop. Only the very brightest—one in a million—were allowed to pursue their Ph.D.’s in this country. One of them, named Lu Gang, went on a shooting spree at Iowa University in 1991. The American media reduced this incident to the boilerplate story of a social misfit driven off the deep end by competitive pressures. I knew there was more to it than this. This promising young student was my peer; I wanted to explore in greater depth the forces that gave rise to such violent behavior.

I asked writer Billy Shebar to start with two premises: there is no villain, and the murderer is not insane. I wanted Shebar to make both Liu Xing and his American mentors well-rounded characters with the best intentions. The tragedy lies in their failure to connect, despite all their intelligence and good will.

In directing DARK MATTER, I wanted to create a cinematic landscape in which ideas and reality never intersect. The film will freely alternate between Liu Xing’s Technicolor dream of American life and the stark realism of his situation. Liu Xing’s correspondence with his parents in China is a narrative thread in which America is painted in the saturated colors of a hand-tinted post-card. At the other extreme are naturalistic scenes portraying the competitive, workaholic life of a Chinese graduate student at a large American university. This clash of visual elements will produce the atmosphere of kinetic and comical strangeness out of which Liu Xing’s terrible act of violence arises.

As an opera director, I work intensively with designers and performers to evoke a powerful emotional response within the four walls of the theater. I have always been excited by the possibility of breaking out of those walls, and telling a contemporary story of life and death on film. DARK MATTER is a story of operatic proportions played out in the real world. Only film can move fluidly through the many strata of Liu Xing’s experience in America and his family’s life in China. I hope to create the cinematic equivalent of a Chinese scroll painting, depicting Liu Xing’s comedic rise and tragic fall against a richly-textured American landscape.

To many Chinese students in the early 1990s, Lu Gang was a hero. These students had shrunk their American dreams to fit American realities, but Lu Gang refused to compromise. So it is with the protagonist of Dark Matter. Liu Xing’s illusions are his life’s blood; when they die, he dies with them.

On the Way to the Sea

How Is Your Fish Today? di Xiaolu Guo