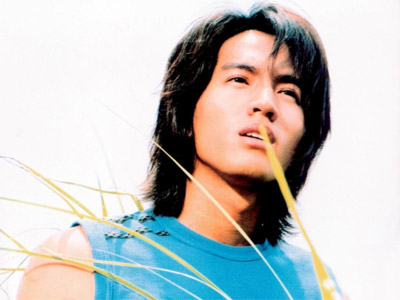 From Wikipedia, the free encyclopedia

He was the lead actor in the popular Taiwanese drama Meteor Garden and its sequel, Meteor Garden II, which made him a popular idol among teenage girls and elder women alike, not only in Taiwan but across Asia.

He worked as a fashion model before venturing into acting, Meteor Garden was his breakout drama. To date, he has starred in one movie, Magic Kitchen with Sammi Cheng and Andy Lau.

In August 2004, his first solo album was released, titled, ‘The First Time’ ( Jerry for You). In January 2005, he won as ‘Most Popular Newcomer’ in the ’12th Chinese Music Awards’ held in Beijing, China.

He is currently starring in a television drama titled ‘The Hospital’ opposite renowned Taiwanese actor Dai Li Ren. The drama is helmed by the director of Meteor Garden and began airing on August 15, 2006. It is being broadcasted Monday through Friday at 8:00 pm on Taiwan’s CTV channel.

He is also an ambassador for charitable organization World Vision Taiwan, he has an adopted child, Baldan, in Mongolia. He speaks Mandarin and Taiwanese.
Contents