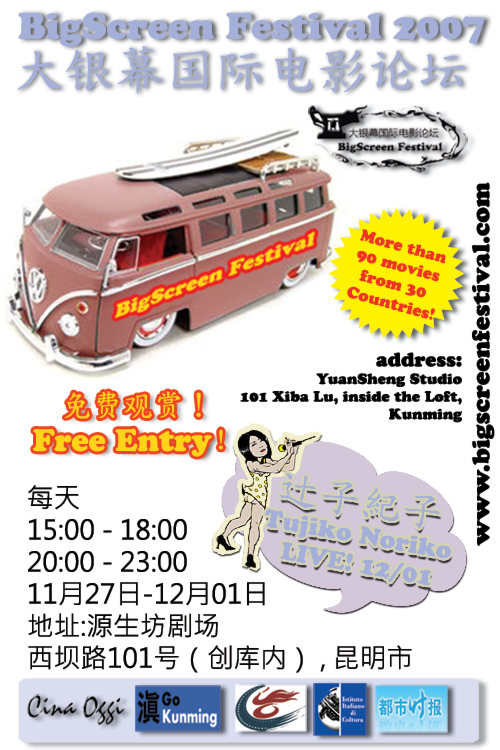 From November 27 to December 1 the Chinese city of Kunming hosted the 2007 BigScreen International Film Festival, featuring 94 films from more 30 countries.

The Festival was co-organized by CinaOggi.it, GoKunming.com, Yunnan Experimental Film Base, Broadcasting and films center under the patronage of Istituto Italiano di Cultura. The official supporting media was the Chinese newspaper Dushi Shibao.

The winning films from BigScreen Film Festival 2007 were announced by a jury composed of Marco Ceresa of the Venice University “Ca’ Foscari”, screenwriter Wang Yao and Jeremy Goldkorn, founder of the highly influential Danwei.org. Winners included Hong Kong director Yan Yan Mak‘s “The Scarlet Robe” for best long film, “Il Vecchio e la Fontana” by Tony Palazzo of Italy for best short film, “Living in a Perfect World” by Italians Diego D’Innocenzo and Marco Leopardi for best documentary and “Almost Like One of the Family” by Astrid Goransson from Sweden for best animation. 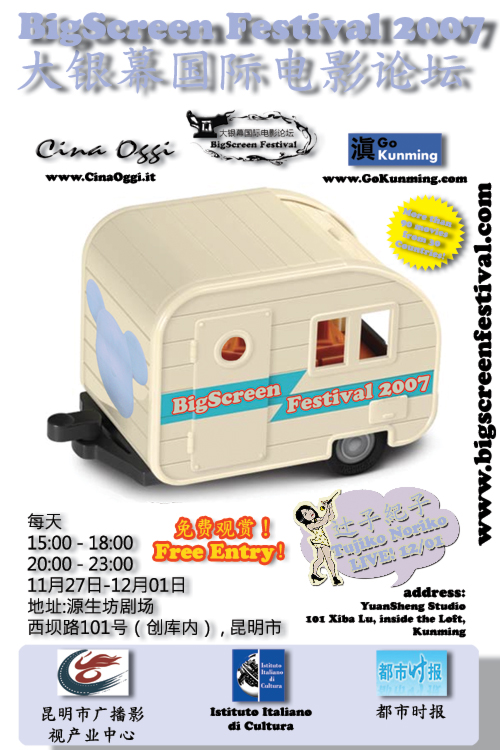 Four films by French director Jean-Gabriel Périot – “Even if she had been a criminal”, “Dies Irae”, “Under Twilight” and “Nijuman No Borei” were collectively honored as the best entries in the videoart and experimental films category.

The jurors said they based their selections upon the theme of modernity vs tradition, which was a common thread in all the winning movies. Special Guest were the hongkongese director Yan Yan Mak, who presented her movie “The Scarlet Robe” starring the singer Denise Ho and the Japanese singer Tujiko Noriko. Special focus on Don Askarian and Lasse Gjertsen works.

Best long film: “The Scarlet Robe” by Yan Yan Mak
Best short film: “Il Vecchio e la Fontana” by Tony Palazzo
Best documentary: “Living in A Perfect World” by Diego D’Innocenzo and Marco Leopardi
Best animation: “Almost Like One of the Family” by Astrid Goransson
Best entries in the videoart and experimental films: “Even if she had been a criminal”, “Dies Irae”, “Under Twilight” and “Nijuman No Borei” by Jean-Gabriel Périot 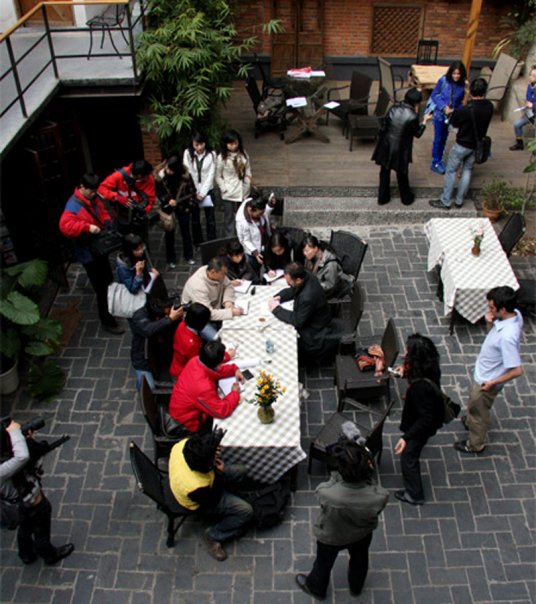 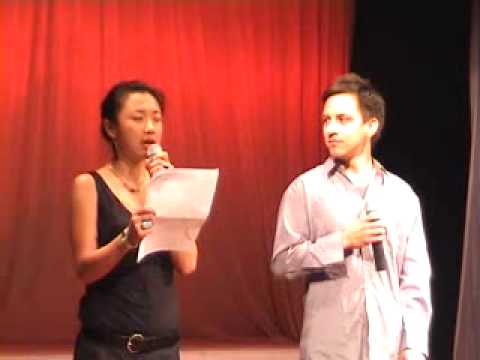