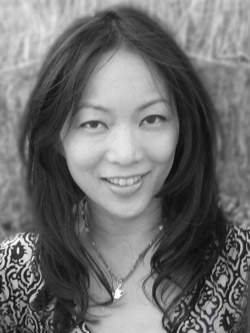 Protagonist e xplores extremism through contrasting stories of personal revelation. The film features four individuals who have been devoted to personal odysseys – a cause, a quest, an ideal – to the point of total consumption. At first glance the characters appear disconnected: a former German terrorist, an “ex-gay” evangelist, a bank robber and a martial arts student. But as their stories unfold, one starts to see the parallels between the experiences of the four men. Each character embarks on a journey for valid reasons, only to find himself so deeply embedded in the cause that he becomes the opposite of what he had intended. He is blind to this fact until the forces of fate and character boil and distill to a single moment of dark epiphany. In telling this echoing story, the film asks: what is the path to extremism? In responding to the turmoil of life, where does one draw the line between the reasonable and the unreasonable? And how does one recover from the delusion of certainty?

The four stories in PROTAGONIST are told in parallel threads and structured like a multi-layered Greek drama. Directed by Jessica Yu and produced by Yu, Elise Pearlstein and Susan West, this adventurous documentary is inspired by the works of the 5th century playwright Euripides. The film uses quotes from his plays as thematic chapter headings, providing a provocative common link between our contemporary stories and lending them a timeless quality. Wooden rod puppets, modeled after ancient Greek theater masks and designed by Janie Geiser, stage both the play excerpts and scenes from our subjects’ pasts. The film also features title animation by Robert Conner, music by Jeff Beal and voiceover performance in ancient Greek.

This film emerged out of an odd challenge. In 2003, I was approached by Greg Carr and Noble Smith of the Carr Foundation about making a film about the playwright Euripides. I had no idea how to do it, but I wanted to try.

In reading Euripides, I was struck by how relevant his themes were. The concept behind the film I wanted to make was to find people whose lives mirrored the dramatic arc of a certain Euripidean tragedy – the tragedy of the extremist. I was interested in the character that embarks on a journey for valid reasons, only to find himself so deeply embedded in the cause that he becomes the opposite of what he had intended.

The threat of extremism looms heavily today, but the issue has fed morality tales for centuries. What makes a person vulnerable to this moral misadventure? Is character fate?

The film uses excerpts from Euripides as thematic chapter headings. I wanted to echo visually the original staging and underscore the connections between our stories. A crucial part of that approach was the use of puppetry in parts of all our stories – those of Euripides, and our four subjects. I wanted to create a world of shared elements that would lend the film a sense of timelessness.

At the heart of each man’s story is the quest to transcend his imperfections. While each man’s motivations are highly personal, the stories demonstrate how the individual struggle between fate and character can have far-reaching consequences.

HANS-JOACHIM KLEIN suffers through a cruel childhood in a working class neighborhood near Frankfurt, Germany. When Klein joins the leftist movement in the 1970s, he is driven as much by idealism as by the desire to rebel against his authoritarian father, a cop. As Klein’s activism evolves from radicalism to terrorism, he becomes a trusted comrade in the Revolutionary Cells (RZ), an offshoot of the notorious Baader-Meinhof gang.

MARK PIERPONT has a strict religious upbringing in New Jersey. The “black sheep” of the family, he realizes his attraction to other men, but desperately wants to avoid this sentence to “eternal hell.” Pierpont’s drive to suppress his homosexuality leads him to become a missionary, preaching abroad to crowds of thousands.

JOE LOYA also comes from a home steeped in both love and fear of God, as enforced by his zealous father. At age seven, Loya’s mother dies, and his father’s grief explodes into violence against Joe and his brother. When Loya finally fights back against years of abuse, the act of dethroning his father ignites a sense of intense power, of triumph over hypocrisy and brutality.

MARK SALZMAN comes from suburban Connecticut. The smallest boy in his class, he is the subject of relentless torment from his peers and his mild-mannered parents offer little guidance. Upon seeing the show “Kung Fu” on television, Salzman is convinced that he can achieve personal transformation through the study of martial arts. Jessica Yu is a filmmaker based in Los Angeles. She won the 1997 Academy Award for Best Documentary Short for BREATHING LESSONS: THE LIFE AND WORK OF MARK O’BRIEN, an intimate portrait of the writer who lived for four decades paralyzed by polio and confined to an iron lung.

IN THE REALMS OF THE UNREAL, Yu’s latest feature documentary, debuted at the 2004 Sundance Film Festival. It is an adventurous look into the art and enigmatic life of celebrated “outsider” artist Henry Darger. Released nationally by Wellspring Films and broadcast on PBS’ independent documentary series, P.O.V., REALMS was nominated for P.O.V.’s first Primetime Emmy Award.

Yu’s other films include THE LIVING MUSEUM, the award-winning HBO documentary about an art community in a New York mental institution, the narrative short BETTER LATE, the ITVS-funded MEN OF REENACTION, a documentary about Civil War reenactors, and the popular black & white short SOUR DEATH BALLS.

Yu is currently in pre-production on a feature comedy that she wrote with Jimmy Tsai. The film will be produced by Cherry Sky Films in early 2007.